THE president of the Scottish Plant Owners Association (SPOA) has called on the nation’s plant firms and contractors to show patience and help provide sufficient opportunities to allow the next generation of industry workers to break through and prevent a future skills crisis.

Graham and Mark recently sat down with Project Plant to discuss some of the challenges faced by their members at present as well as their aspirations for growing the SPOA.

Not surprisingly, the issue of training and attracting more people into the industry is top of the agenda.

Mark, who is operations director at GAP Group, said, “”Probably about ten years ago there was a big push to get everybody into further education. A lot of people are going to university at 17 and coming out at 21/22 with no further life skills or chances of employment. If they had done a three-year apprenticeship, they would be in a job earning money and their prospects would be stronger. I think we’re going to have a ten-year skills gap because the government policy at the time was encouraging people into further education. Certainly we release apprenticeships every year and they’re not all filled.”

Graham, who is managing director at Gordon Bow Plant Hire, agreed. “It’s very challenging to fill apprenticeships,” he said. “A university lifestyle appears to be much more glamorous versus a work lifestyle. In my day, apprentices were getting £70 or £80 per week. If you were at university, you were having a great time and, if you had a weekend job, you could be getting the same money as an apprentice for half a day’s work. 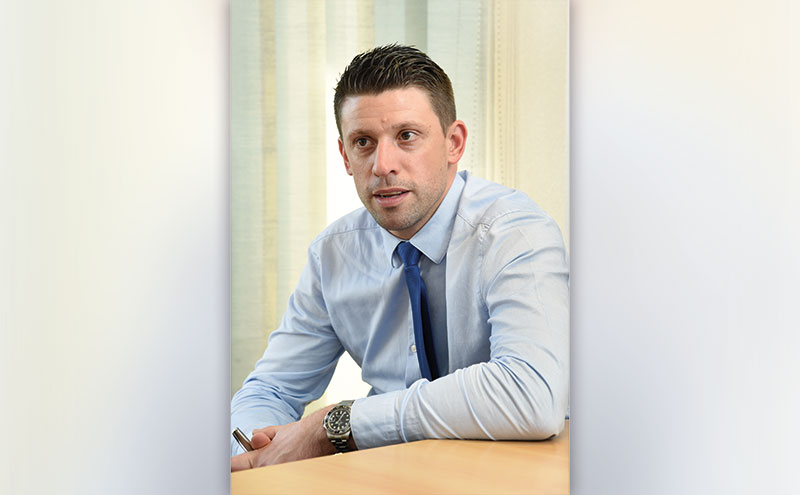 “It’s not just about getting apprentices in and getting them involved, but getting them to gel with the companies. Companies need to understand there is a skills gap and we do need these people coming forward. Have some patience with them. We need to start to train the apprentices to be ready for work life, and also train the businesses that are taking them forward. They need to be ready to be a training provider, be organised and have the right people with the understanding.”

Graham described the changes that are currently taking place within the Construction Industry Training Board as “dangerous” in his opinion, while Mark said it doesn’t sit well with him that they want to become a “management organisation and not an actual trainer themselves”.

Regardless of what the future has in store for the CITB and construction training generally, Graham stressed the need to provide the next generation of plant workers with hands-on experience of the realities faced on construction sites. He’d like to see a tougher training process to ensure a smoother transition into the world of work.

Turning their attention to the role of the SPOA, both Graham and Mark are optimistic the organisation has a bright future.

Mark said, “The purpose of the association has started to change. In the past four of five years, we’ve had more members with premises south of the border so their view of what they want the association to provide to them is now not just a Scottish thing, it’s more national.

“As everyone is getting bigger, I don’t know if there’s any less contractual tension but the association used to be at the forefront and nobody would try and deviate from it. We used to publish a set of suggested hire rates, which you now can’t do. People would stick to that. Now if there’s a big contract, because everyone’s got more machines sitting in the yard, they look out the window and think ‘I’ve got to get the metal moving so I’ll go to this rate’ but then what happens is that becomes the benchmark rate even though we don’t know the details behind (a particular transaction). It could be that machines have been supplied on a six-month hire or the deal has a claw back clause. Or perhaps the supplier has charged a great whack in transport costs. 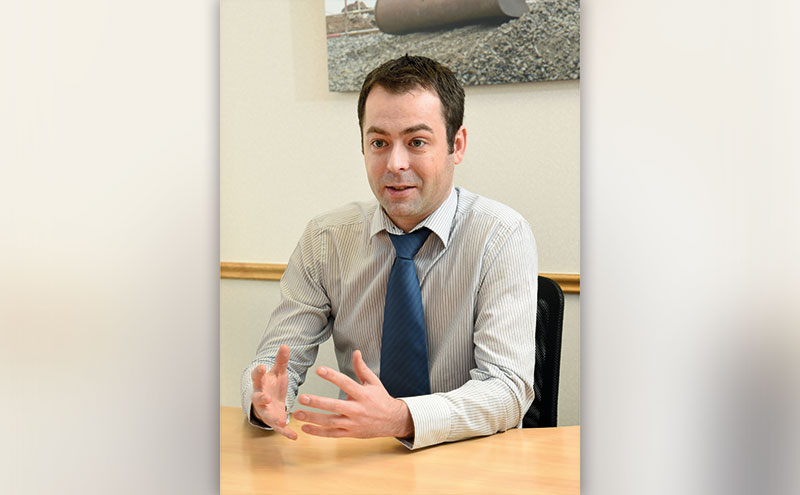 “I think the key for the SPOA is to do its best to educate everyone. We need to stop the industry from becoming commoditised, because it’s not as straightforward as it was in the past. Hire lengths are coming down; equipment costs are going up. So we need to be smarter and everyone really needs to look into why they’re doing something. It’s not just a case of ‘He’s charged £22 an hour so I’ll charge £21’.”

Graham explained, “We put more into it, looking at issues such as insurance, depreciation costs, whole life costs. Going by the feedback, a lot was picked up from it.”

One thing both men are keen to do is make the SPOA more representative of the whole Scottish plant sector. That includes trying to attract more members from the north of Scotland and smaller firms.

Mark said, “A challenge is to get the members we’ve got as involved as possible. If you compare our annual subscription to any of the other industry bodies, it is pocket money really at £240 for a year. We do need people to get involved with the SPOA because we’re not a group of salaried people within the association. It’s all done on the goodwill of the members.”

Highland Hammer Hire owner Callum Mackintosh recently joined the SPOA committee, emphasising the organisation’s ambition to attract new members and have more influence around the whole of Scotland. A recent members’ meeting was held in Inverness and Graham and Mark are open to new ideas, including the potential use of video conferencing to make meetings more accessible to members based outwith the central belt.

Given the challenges facing the sector, organisations like the SPOA are arguably more important than they’ve ever been. And according to Graham, the benefits of being a member are huge.

“We’re very driven,” he explained. “We take it seriously. We’re here for the members and trying to change the perception that it’s just a central belt, old school tie organisation. We will come up with solutions. You don’t need to come to us; we can come to you. The networking side is huge and we’ve now got a good mix.”

Mark cited access to the SPOA’s terms and conditions as one of the biggest advantages. “If you’re a hire company in Scotland, to get access to the terms an conditions for such a low fee each year – that’s protected by the association – that alone is worth the money so we probably do attract a very high proportion of the hire companies in Scotland. Thereafter, we’re keen that their voices are heard and they speak to us. Even down to the social events we have, they’re well represented but they could be better represented. You can meet so many different people. There’s still a lot of cross hiring in the industry. If you know the key people in other organisations, it just makes that transition a bit smoother.”

Both Graham and Mark believe the plant sector has plenty to offer prospective recruits. Having both followed their own fathers into the industry, they’re ideally positioned to promote the positives.

Mark said, “Because you’re dealing with a lot of family companies, if you come into a family company you’re well looked after. You can have direct access to the owners. I don’t think it matters what size of family company you are, the internal promotional opportunities will be huge. I’d imagine all the members of the SPOA would much rather employ a B+ internal than an A- external candidate. We don’t have a lot of external people coming into senior positions because we feel there’s a certain type of person that loves the hire industry and once you’re in it, to escape it is tough.

“There are some great times in it. There’s still a lot of face-to-face talk and you can still challenge people both inside and outside your organisation with points and they don’t necessarily fall out with you. You can have that good debate with people and still be friends the next day. I come from an accountancy background, which was much more hierarchical. I do my best to know every person’s name out in the office. It’s definitely hard work and you’re tired at the end of each day, but the rewards are there. The passion comes through from everyone who works in it and it’s quite infectious.”

Graham echoed those sentiments and highlighted the thrill of being involved in the development of large-scale projects. “You’re getting to see something; to create something that’s going to be there for a long time,” he said. “It gives you a sense of pride. When you drive past projects you’ve been part of, it gives you a flutter in your stomach. There’s so much variety. If you’ve had family members in the industry, they’ve always got that story about a job or an event that happened. I’d encourage young people to go for it and be a part of something that has a lasting effect.”

Komatsu at the double with new machine launches