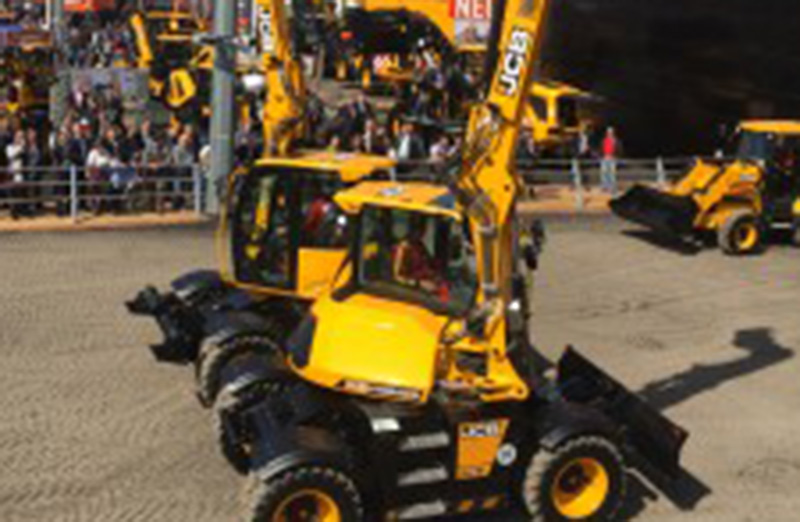 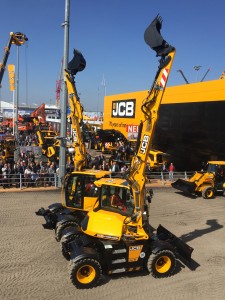 THE JCB Hydradig will be making its UK debut at ScotPlant 2016 – and the firm has confirmed an order for 50 of the wheeled excavators has already been placed!

The deal for the Hydradig 110W wheeled excavators was secured at bauma last week, where the machines were shown for the first time.  Kent-based H.E. Services (Plant Hire) has snapped them up.

James Richardson, JCB excavator sales MD, explained, “The response to the Hydradig launch has been fantastic and to win a big order so quickly from a very important UK hirer is overwhelming. We have had a sensational response at bauma to the Hydradig with unprecedented interest levels.”

The JCB Hydradig – which goes into production next month – is described by JCB as a “completely new, innovative tool-carrying solution, which is set to radically change the way in which modern construction projects are undertaken, particularly in congested urban environments and on busy road networks. The machine has been developed to have the best visibility, stability, mobility, manoeuvrability and serviceability”.

COPS Recruitment gets set to connect