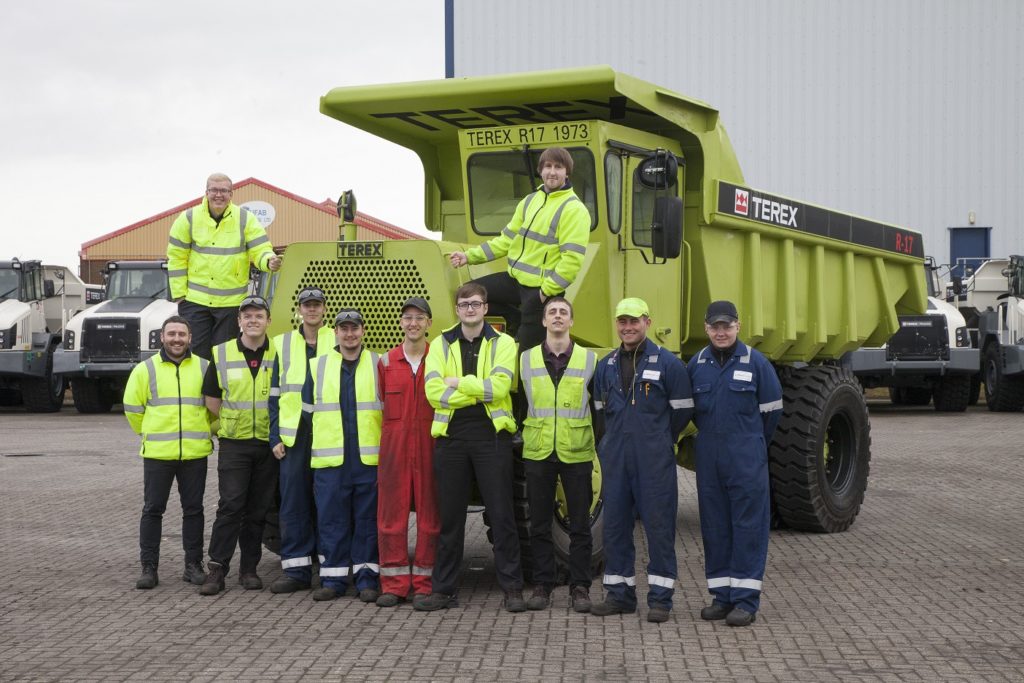 Apprentices with the completed R17 truck

APPRENTICES at off-road hauler manufacturer Terex Trucks have successfully restored a truck built in the 1970s back to its former glory.

17 young apprentices embarked on the project to restore the 13.5-tonne R17 dump truck in late 2016 and now the finished result has been unveiled at Terex Trucks’ Motherwell HQ, where it is to go on display in time for this year’s Scottish Apprenticeship Week.

The truck was built in 1973 and spent most of its days working at Leith Quarry in Aberdeenshire. Owners, West of Scotland Heavy Haulage, donated the hauler to Terex Trucks on loan, with the firm’s apprentices tasked with refurbishing the truck to full operating condition by manufacturing or sourcing replacement parts – with the original designs only available on paper and many parts discontinued. 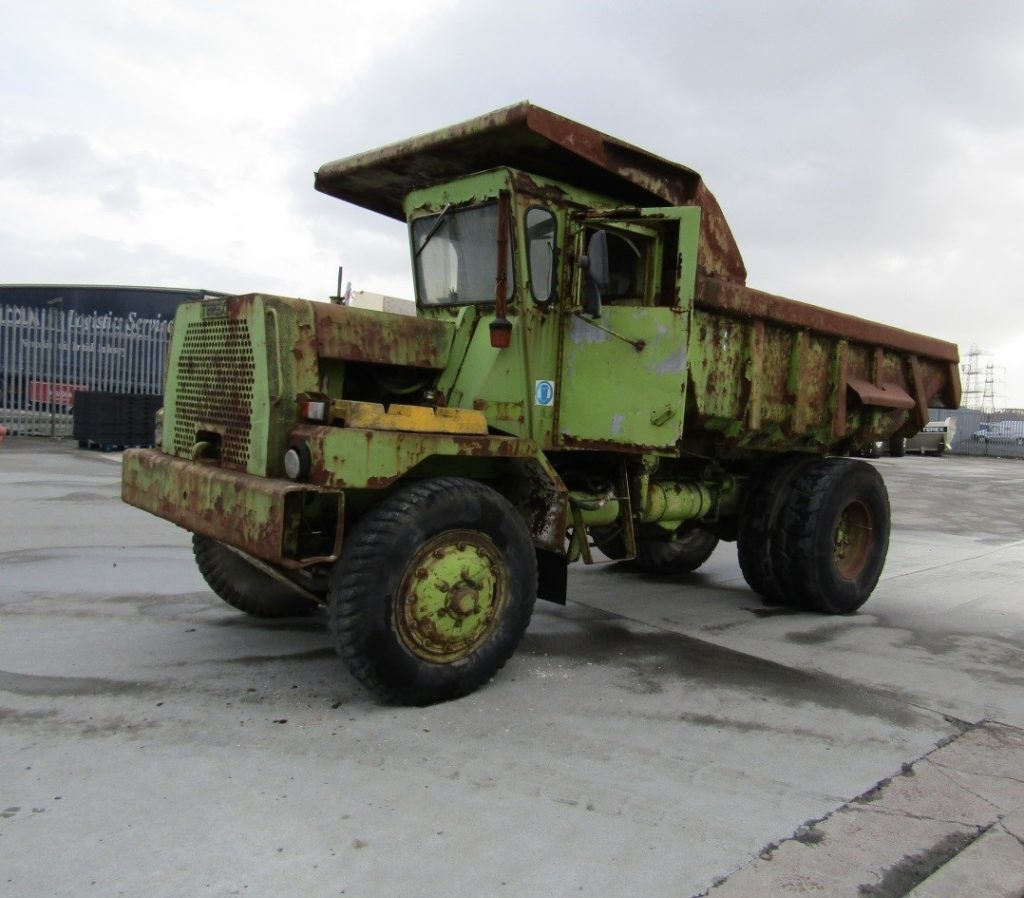 Paul Douglas, Terex Trucks managing director, who started with the company as a graduate over 30 years ago, praised the apprentices on their hard work. He said, “This was the first time we’d ever undertaken a project like this and it’s been fantastic to see how much the apprentices got out of it.

“The beauty of it was that it gave the apprentices ownership of something from start to finish, learning a vast array of skills and the need for first class teamwork and communication along the way. From my own graduate experience, I know how important this period in your working life is in building skills towards a future sustainable career.”

He continued, “The team should be extremely proud of all they have achieved; transforming a 43-year-old truck is no mean feat, even if it does have a much simpler operating system than the electronics used today. The apprentices had to learn about the mechanics behind the original truck and this has really helped them understand the evolution of the truck designs compared to the models we produce today.” 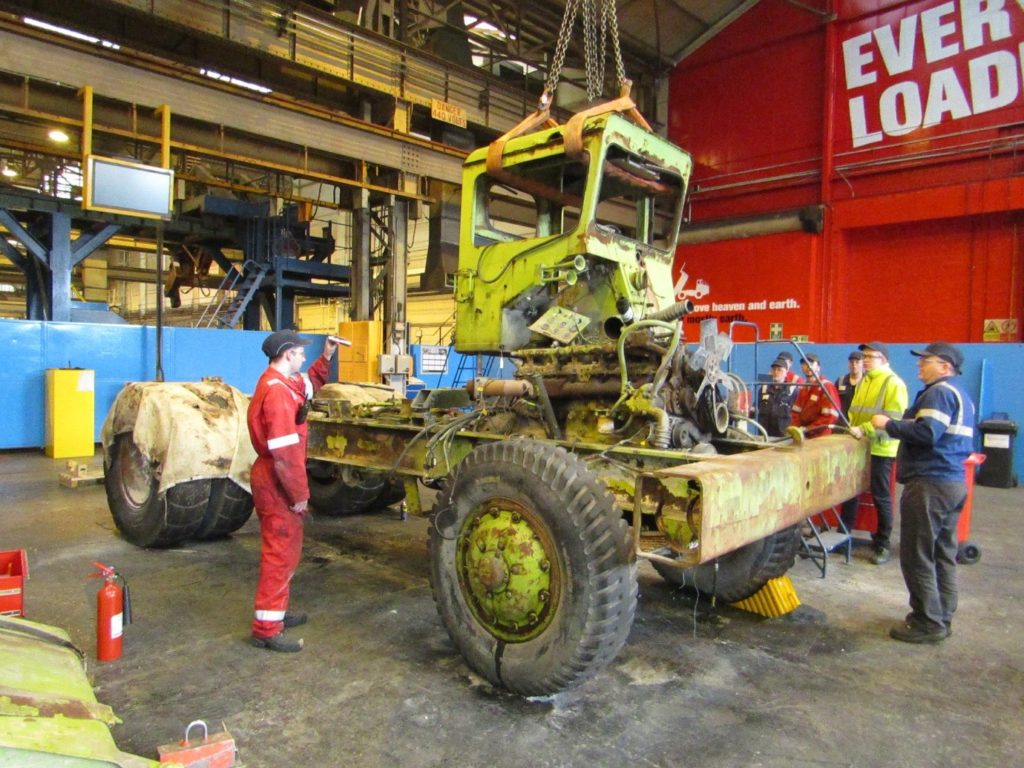 The removal of the hauler’s cab during restoration

The apprentices were mentored by Terex Trucks employee David Rainey, with apprentices Fraser Blackwood and Edward Massey leading the project. Staff from different disciplines at the manufacturer – particularly Wullie Law, Craig McSpadyen and Stephen Bradley – were also on hand to provide technical advice at various stages throughout the project.

Edward Massey – who was named Terex Trucks’ Apprentice of the Year – described working on the project as a “career highlight”.

Although the majority of restoration works were undertaken by apprentices at the Motherwell factory, some items such as the driver seat, engine and radiator were outsourced to external companies for renovation.

The R17 engine was sent to Cummins’ facility in Cumbernauld, where it was originally manufactured. Two Cummins’ apprentices carried out the refurbishment and Terex Trucks’ apprentices visited the facility to see how the company operates and its different working methods. 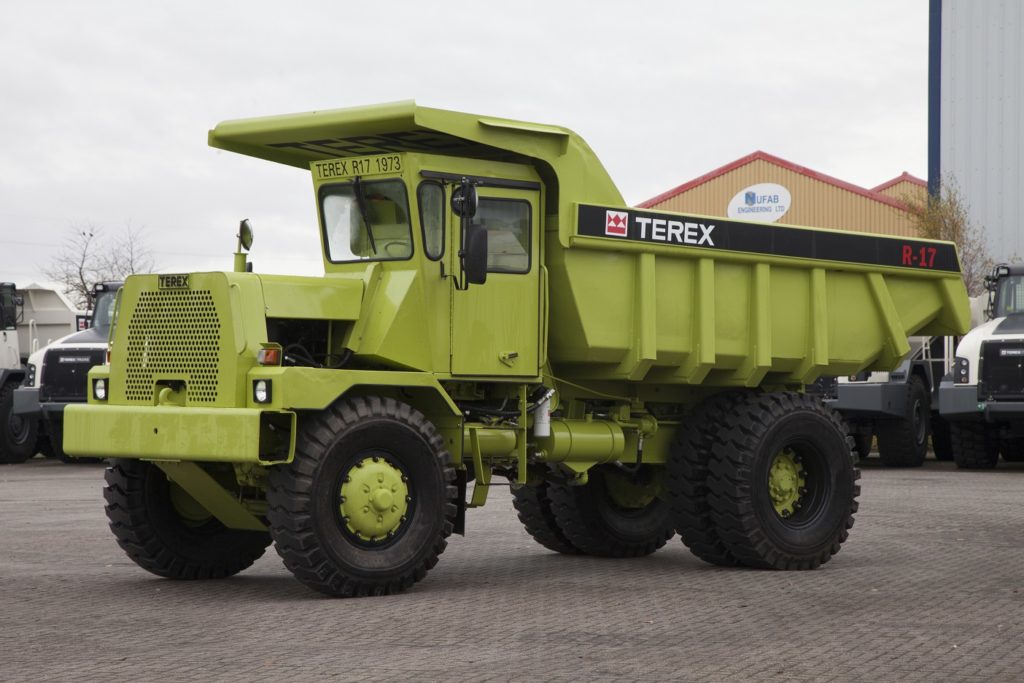 Edward added, “Gathering information on the parts, sourcing suppliers, getting quotes and communicating on costs and lead times allowed us to gain valuable experience that would not normally form part of our apprentice role. All of the apprentices gained experience in their specific disincline as well as learning a great deal about other aspects of the business.”