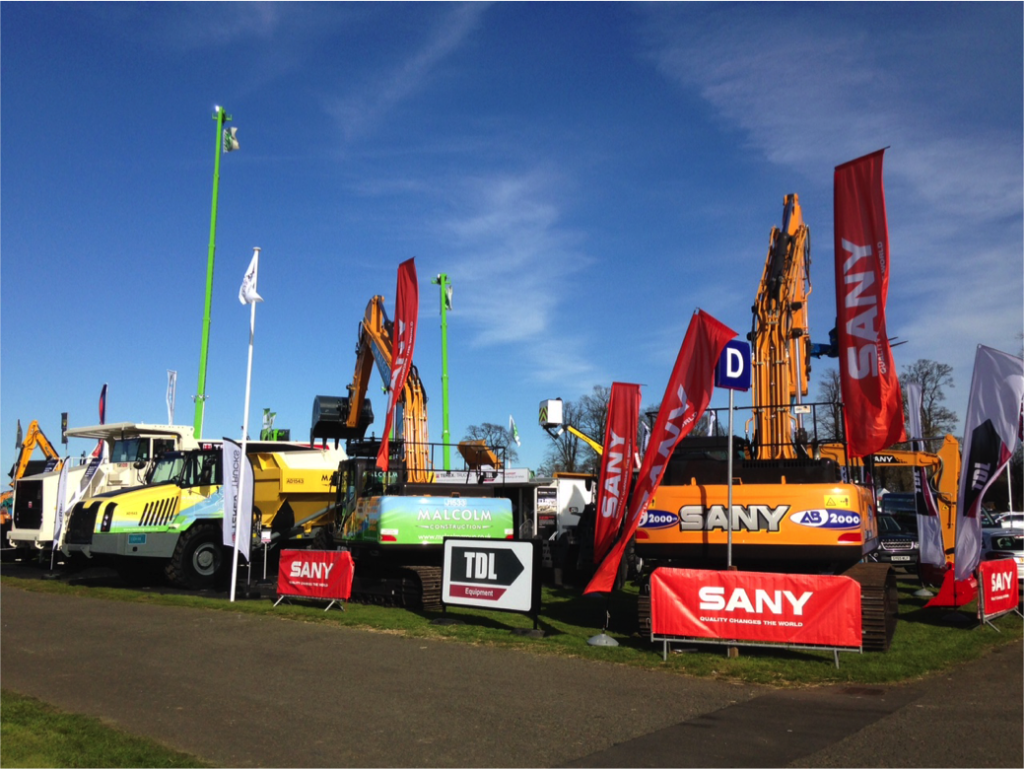 The TDL Equipment stand at ScotPlant 2016

TDL Equipment is to use this year’s ScotPlant exhibition to announce a new Scottish partnership with French site dumper and compaction roller manufacturer Mecalac.

The firm, which has a base in Coatbridge, has also announced “exciting plans for growth” in Scotland, and intends to debut new products on what will be its biggest ever stand.

The dealer will be showcasing a range of SANY excavators, Atlas and Genie products at the biennial event. TDL will also work alongside long-term partner Terex Trucks to exhibit two articulated dump trucks – the 30-tonne TA300 and the 40-tonne TA400.

“Following the expansion into our large facility at Coatbridge and our plans for growth across Scotland, we are delighted to be back at ScotPlant,” commented Andrew Taylor, general manager at TDL Equipment.

“We have been very encouraged by the recent success of the SANY excavator range in Scotland and want to grow our other brands such as Terex Trucks, Atlas and Genie. We are also extremely pleased to add Mecalac to the TDL family.”

Since debuting its SANY excavator range at ScotPlant 2016, TDL has sold a number of machines to Scottish customers including AB2000, Malcolm Construction and Dow Waste Management.