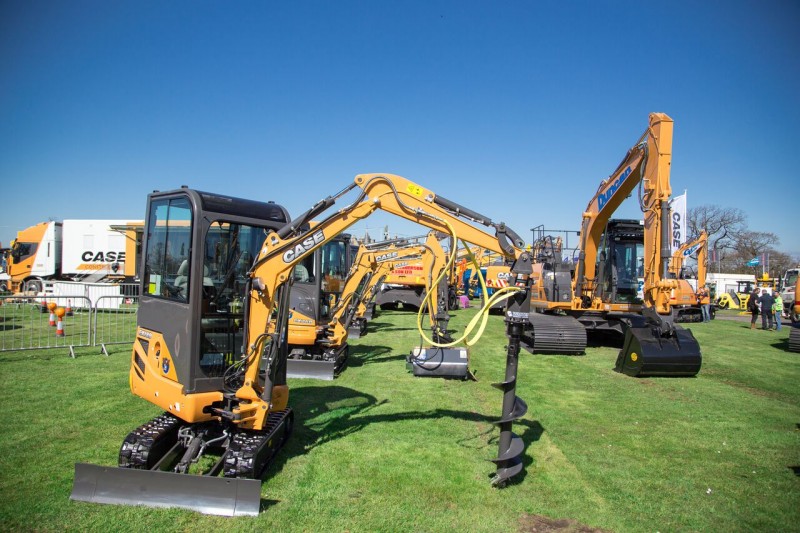 CASE confirmed the sales of 29 machines at ScotPlant 2016.

The construction equipment giants declared it a “highly successful” show for the firm and their Scottish dealer Hodge Plant.

Case had the biggest stand in the event’s history and also attracted a record number of participants in the Case Rodeo Challenge.

Hodge Plant used the event to announce expansion plans with the opening of a new site in Nairn to support customers in the north and Highlands.

Morris Leslie, managing director of fellow exhibitors Morris Leslie Group, visited the Case stand to confirm they would be placing an order for machines to add to their existing fleet.

Alistair Hodge, director of Hodge Plant, said, “This has been a very successful show for us, as well as welcoming existing customers to the stand we have made many new contacts and secured sales. We have also had extremely positive feedback from customers viewing the new D Series range, which is very encouraging.”

Scott Freeman, business director CNH Industrial Construction Equipment for UK and Eire added, “Scotplant has always been a successful show for us and this year has been no exception. Our new D Series range has been very well received, and sales in general have been very encouraging. We are also attracting many new customers to the Case brand in Scotland through our dealer Hodge Plant, which I’m confident will continue to increase with the opening of their site in Nairn.”

Collier makes it a Volvo treble