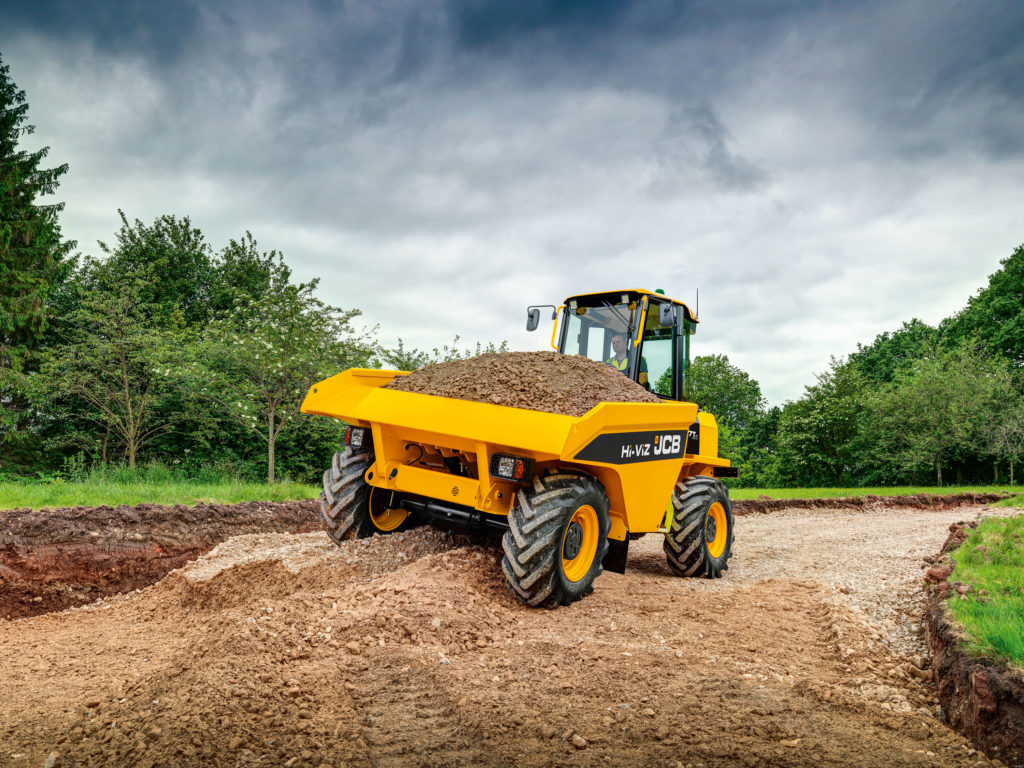 PRODUCTION is underway of JCB’s new range of site dumpers, including the Hi-Viz model that has been described as bringing new levels of safety to the market.

JCB announced plans to build its own range of dumpers last year in a move that will create 70 new jobs over the next year.

The models include the seven-tonne payload JCB 7T-1 Front Tip Hi-Viz model, which has been designed as a direct response to industry concerns over accidents and serious injuries involving site dumpers on construction sites. The machine features a reduced skip height and a design which JCB said delivers “huge improvements” in visibility, while a longer wheelbase and lower centre of gravity boosts stability. A ROPS/FOPS Level II JCB SITESAFE cab incorporates an integrated protection system, potentially allowing the operator to remain in the cab while being loaded. 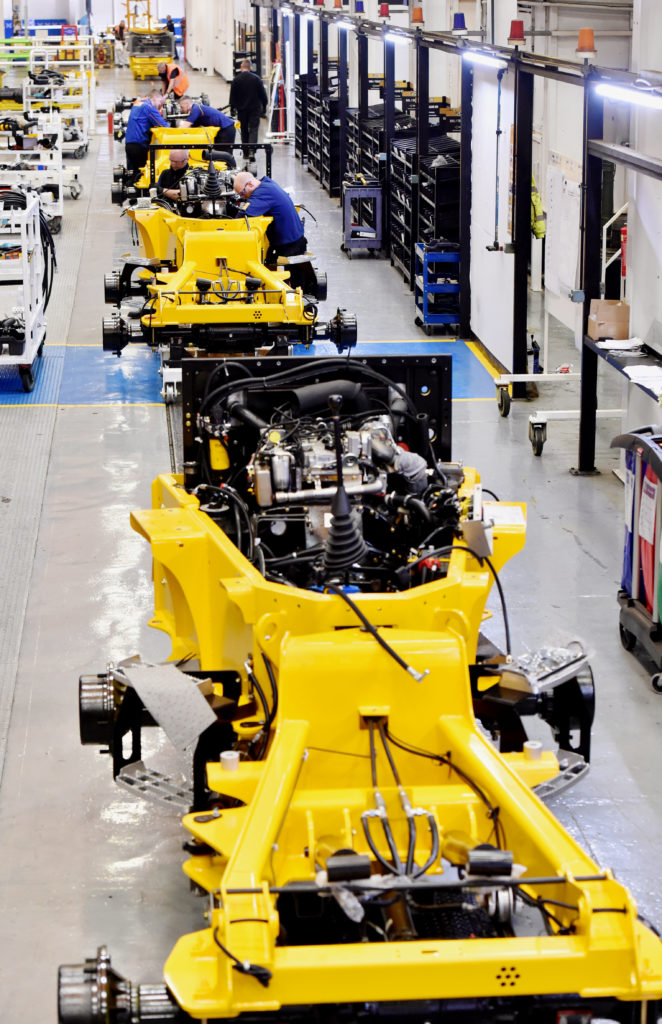 The first of a new range of JCB site dumpers are rolling off the company’s production line in Rocester, Staffordshire

Richard Butler, JCB site dumper MD said, “We are delighted that manufacturing is underway in the UK for a brand new range of JCB site dumpers, which will bring new levels of safety to the market through innovation.

“Reaction to the launch of this new range has been exceptional and customers can look forward to seeing the seven and three tonne models on the JCB stand at the Executive Hire Show in February.”