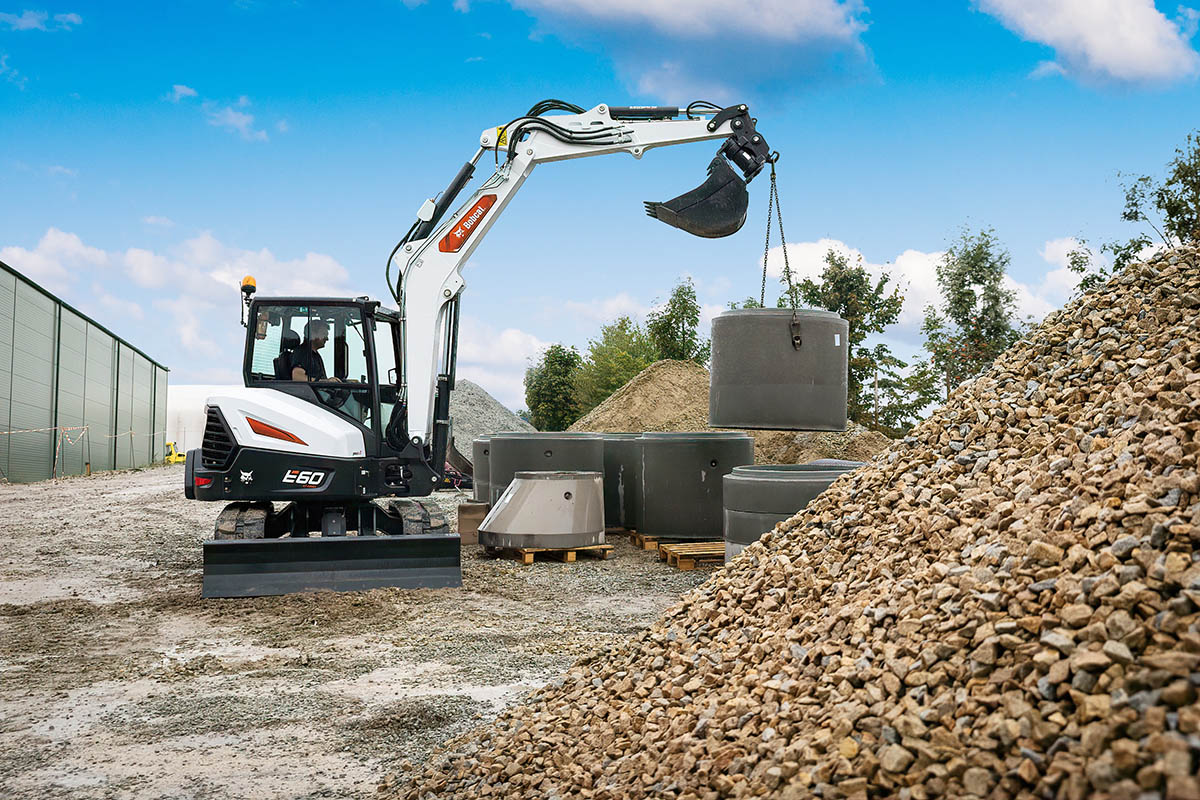 THE Bobcat E60 R2-Series mini-excavator will make its ScotPlant debut at the Royal Highland Centre this week.

The E60 is described as a ‘flagship’ model in all aspects. A tail overhang of only 280mm allows the machine to be operated in confined spaces. The E60 is driven by the new Bobcat D24 Stage V diesel engine providing 41 kW (56 HP) of power, designed specifically for Bobcat compact equipment.

Up to five arm-mounted hydraulic auxiliary lines and the optional A-SAC technology enable a wide choice of machine customisation options to match attachment requirements. The A-SAC system enables operators to customise control patterns of auxiliary hydraulic circuits on Bobcat mini-excavators, depending on their set-up preferences for using hydraulic attachments.

Balgownie will also show the Bobcat T40.180SLP 18m telehandler for the first time at ScotPlant. Part of the new generation R-Series range, the machine is one of 12 models in the range with Stage V engines, covering lifting heights from 6 to 18m with maximum lifting capacities between 2.6 and 4.1-tonnes.

The T40.180SLP features a new cab with a five-inch LCD display providing information, including the feed from the rear camera.

Getting to know… Henry Brain