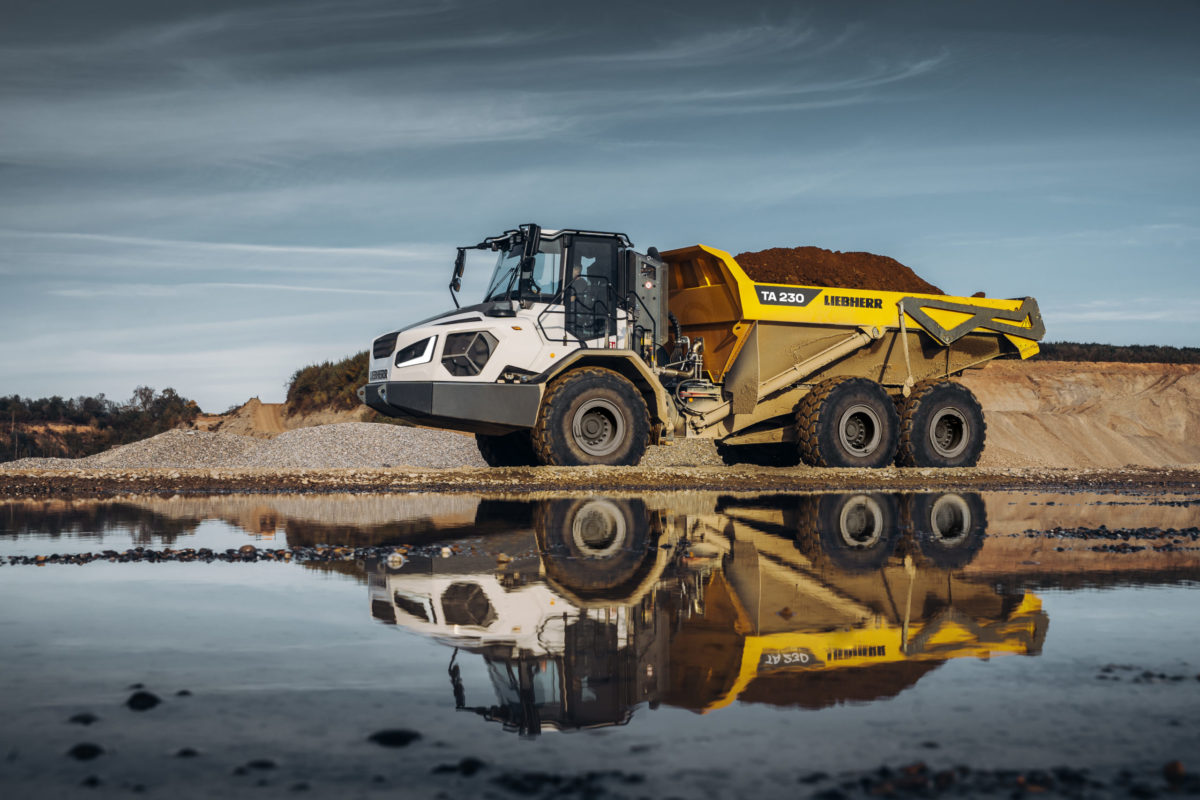 TAKING centre stage on the Liebherr stand at ScotPlant 2022 – and making its UK exhibition debut into the bargain – will be the award-winning TA 230 articulated dump truck.

The robust and powerful machine was developed primarily for transporting excavated materials in the mining industry and for use in major infrastructure projects and special applications, such as tunnel construction.

To accelerate the release of material during unloading, the inner edges of the new trough are tapered. The two tipping cylinders at the side are described as giving the TA 230 high tipping pressure.

Other Liebherr models at ScotPlant will include an L 566 XPower wheel loader, an R 914 compact crawler excavator, and an A 918 wheeled excavator. From the telehandler range, a T 60-9 S will be on display along with an LH 22 material handler from the used equipment division. An HTM 904 truck mixer from Liebherr’s concrete division will complete the line-up.

'One event we certainly wouldn’t want to miss’

Sandvik best-sellers will be out in force