As good as gold: Taylor & Braithwaite mark 50 years in business 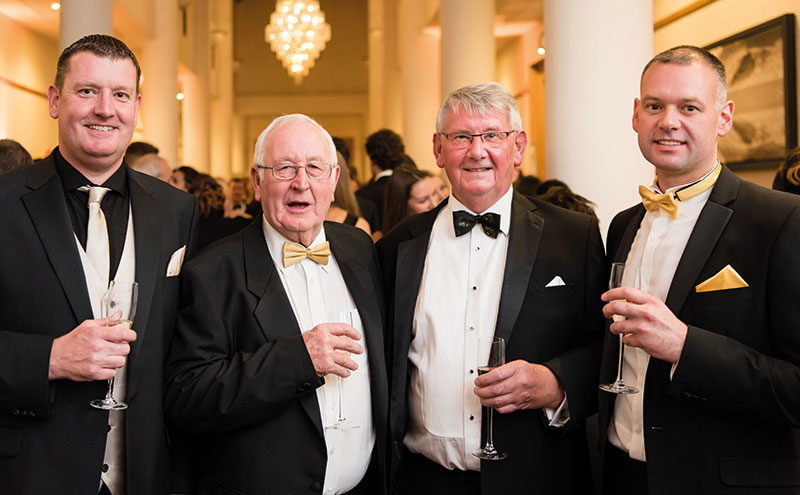 In 1984, Harold Taylor took over the management of the firm’s services while Trevor Braithwaite took charge of the sales side. The company saw further expansion in 1992, investing in new premises at Sandford in Cumbria, where it remains today. Taylor & Braithwaite also commenced talks with agricultural machinery giant John Deere, signing a franchise deal the following year.

Ian Burton joined the firm in 2005, taking over Trevor Braithwaite’s role when he retired. He is now responsible for the sales side while Harold Taylor’s son, Paul, takes care of aftersales. It was after Ian joined the business that the focus began to shift towards construction equipment. 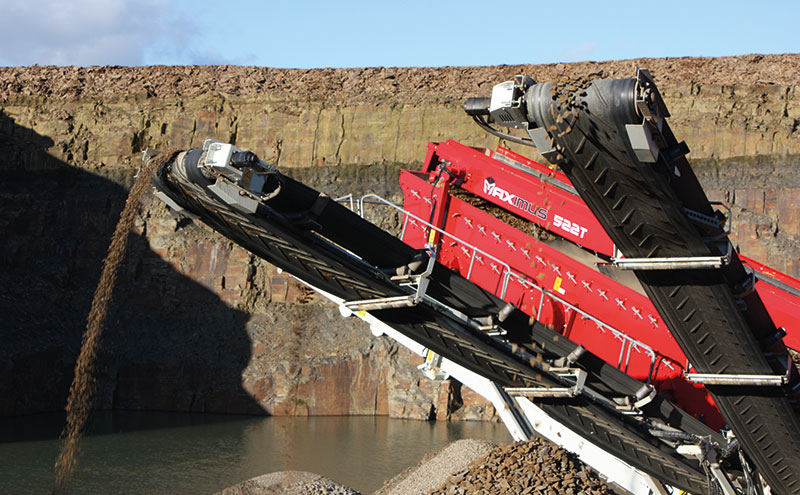 “When I left school I drove excavators so it was always a bit of a passion of mine,” Ian enthused. “I used to drive a JCB 3CX; I drove that for about five or six years and I was always more interested in construction than agriculture, although I did sell agricultural machinery for 20 years.”

Prior to joining Taylor & Braithwaite, Ian spent time selling equipment at Lloyd in Carlisle where he finished as sales manager.

He continued, “You always hanker back to what you like and prefer and I was looking all the time to try and get into the construction market.

“I had the opportunity to become director down here so that’s really what propelled the move and I just thought we needed to, as a business, diversify away from agriculture… We had a John Deere franchise at the time so we were selling a market-leading product but I still preferred excavators.”

Taylor & Braithwaite officially began trading in Hyundai equipment in January 2010 with Ian seeing an opportunity to build the company up in construction while the market was quiet due to the recession.  The company gave up dealing in John Deere equipment in 2011. 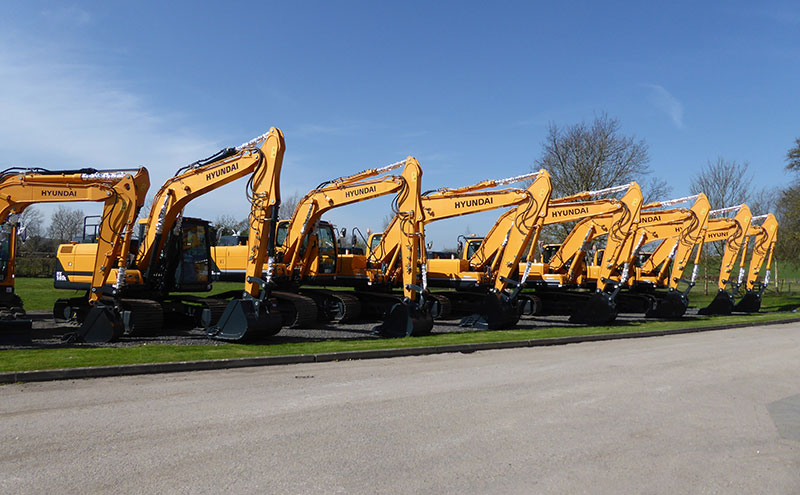 Ian admitted that transitioning from agriculture to construction was  “a total change of tact” that required retraining, re-education and getting clued up on health and safety regulations.

Today, the company is “99% construction equipment,” said Ian, adding that it was expanding into quarrying and recycling with crushers and screeners. Taylor & Braithwaite took on a franchise for mobile crusher manufacturer Rubble Master last year, adding to its current product range that includes Hyundai, Maximus, Pronar and Pro-Dem. Ian said that the Rubble Master had already “exceeded expectations”, highlighting its throughput in a compact size, which he claims provides greater fuel efficiency, reduced cost to run, reduced cost per tonne and a better end product.

Ian said he was keen to expand the crushing and screening division north of the border with its Rubble Master and Maximus brands, adding that the Rubble Master equipment had already been shown off as far as Aberdeen. He explained that the crushing market in Scotland was generally jaw crushers and the impact crusher had “turned a few heads”.

Reflecting on the Scottish market, Ian added, “We’ll be looking to be more visible. We’ve got room for expansion in the mini-excavators in Scotland and the crushing and screening and we’re looking for other franchises to increase our portfolio.”

2018 looks to be another year of expansion for Taylor & Braithwaite with the appointment of a new salesperson to expand the company’s Hyundai dealership into the Yorkshires, bringing the overall sales team to 20. A 525 sq. m dedicated workshop facility is also set to open on the Taylor & Braithwaite site, which will improve working conditions and workshop capacity.

He continued, “Turnover is growing, our staffing numbers are growing; we’re growing quietly and consistently. We had a record December, the best December we’ve ever had, so we’re starting off into this New Year quietly confident, expecting considerable growth in the company this year.”

Taylor & Braithwaite marked its golden anniversary by hosting a charity ball at the Low Wood Bay Resort & Spa, located on Lake Windermere in the Lake District. The evening raised over £34,000 for Cancer Research UK.

Reflecting on the company’s offering, Ian added, “What we’re trying to do is just look after people – your aftersales, your service and your backup – be fair and honest. It isn’t all about the short-term gain; we’re in it for a long time. We want to be dealing with these customers in five years, ten years, fifteen years.”

Perthshire firm on the right track with landmark purchase

Keltbray service offerings are piling up