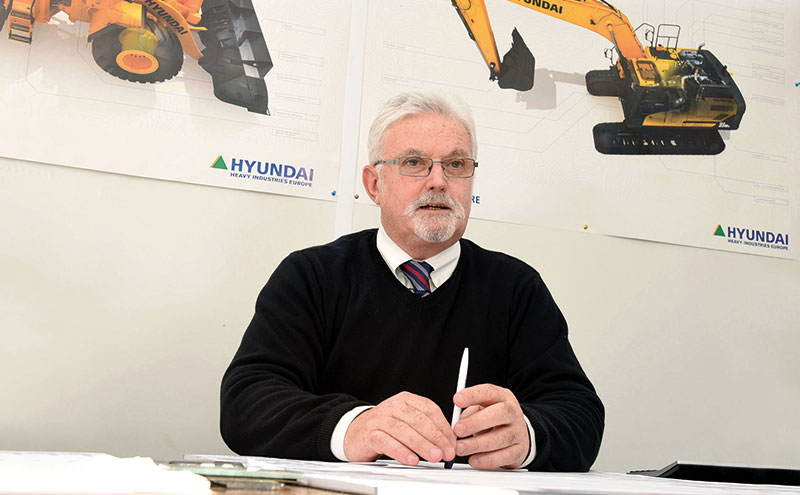 THE Scottish Plant Owners Association (SPOA) recently held a meeting of members in Inverness, followed by a golf outing in Fortrose.

Dozens of members attended the meeting, held at the Drumossie Hotel. For the first time, members were encouraged to take stalls within the meeting rooms, highlighting what their businesses have to offer. Outside, a number of firms showcased some of the latest construction machinery and equipment.

“We very much want to encourage members in the north of Scotland to attend events and benefit from all that the association does on their behalf,” he explained. “For example, every member has access to the terms and conditions of the plant hire agreement, plus they also get the benefit of a free telephone consultation from Croner on business law and employment law, which is a huge benefit in particular for smaller businesses that don’t have HR or legal departments. I’ve made good use of it myself on many occasions just to make sure I’m following the correct processes.

“Last year we had an event in the north of Scotland, which was a members evening. Scot JCB, who hosted the event, introduced the new Hydradig in the car park outside the hotel and JCB Insurance came along and gave a talk. They provided a buffet and members got to know each other. We felt that was a huge benefit and wanted to repeat the process. This year we thought we’d involve more suppliers and encourage members to take a stall. Ten exhibitors took a stall inside the meeting room, while outside we had machines and equipment on display.

“A large proportion of those who attended were from the Highlands. For us to be a truly national organisation, it’s vitally important (to reach out to members in the north of he country).”

A major issue on the SPOA’s agenda at the moment is training. The association recently voted in favour of the Construction Industry Training Board’s (CITB) proposed levy rate. However, Brian admitted this was done so with “qualifications”.

“Speaking personally, the construction industry finds itself in a very difficult place because while every business pays a levy or tax towards training apprentices nationally, the larger businesses within the construction industry (those paying over £3 million PAYE contribution/annum) pay a separate second tax purely as a levy to train youngsters or apprentices,” he explained. “It’s the only industry in Britain that pays this and overseas competitors vying for the same work do not. How that money is spent is open for debate as to whether it’s well spent continuously. They do a good job; a necessary job. But we feel there are areas, particularly relating to plant, where the money could be better spent. There’s a huge shortage of plant operators and qualified plant fitters.

“Servicing equipment now is very different to what it was 20-30 years ago with the amount of sophisticated electronics and hydraulics on machines today. The engineer’s first port of call generally on a larger machine is to plug a laptop in and have a good understanding of the electronics in the machine and diagnosing electronic faults or complicated hydraulic faults that have a lot of electronic sensors on them.

“Having the right quantity and quality of engineers coming through training is vitally important for the industry, as is having a good pool of qualified operators available at all times, as the industry is quite cyclical in that we have booms and busts on an almost regular basis.”