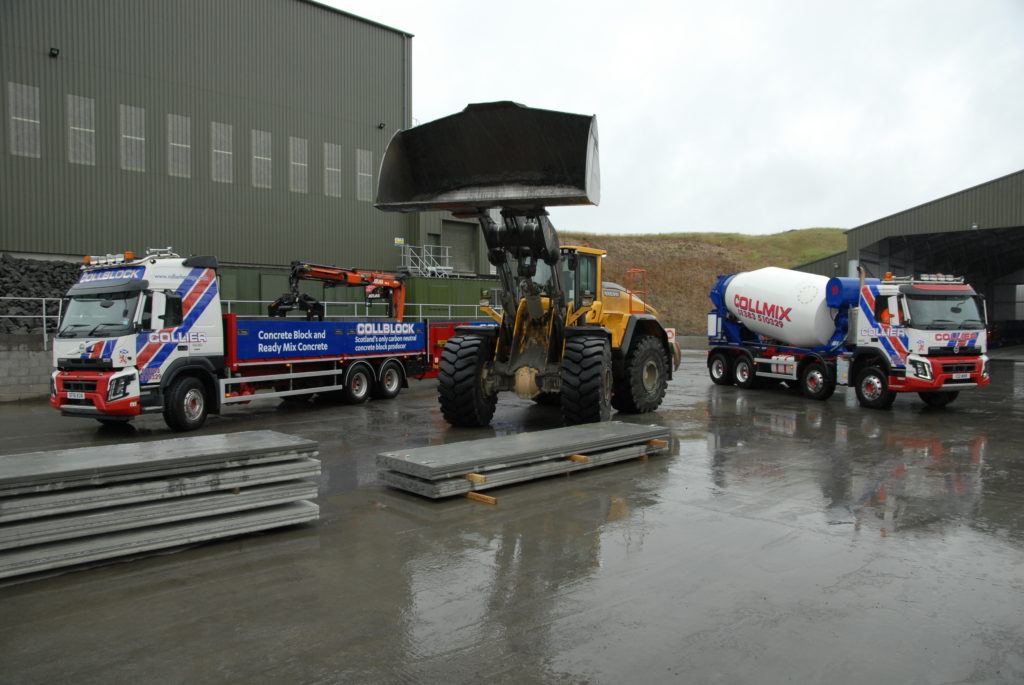 COLLIER Quarrying & Recycling has completed a hat-trick of Volvo loading shovels, having taken delivery of a new L220H.

The Cowdenbeath-based business said the machine would take up rehandling duties at the company’s Goat Hill Quarry alongside two other L220H’s that were bought in 2014.

The machines are in charge of the stocking out area where Plus-65 PSV stone chippings are loaded out.

SMT GB, which markets Volvo construction equipment products in Britain, said a “significant financial investment” to establish a block making and concrete panel making production plant resulted in the need for another loading shovel equipped with a 5.6m³ rehandling bucket.

The L220H has a 13-litre stage-IV final engine developing 373hp. The machine also features Volvo designed and manufactured driveline components including Optishift with torque converter lock-up and reverse-by-braking feature. Fuel savings are said to be “further enhanced” by the Volvo Eco-pedal, which encourages operators to run the machine at its optimum rpm in the engine’s torque curve.