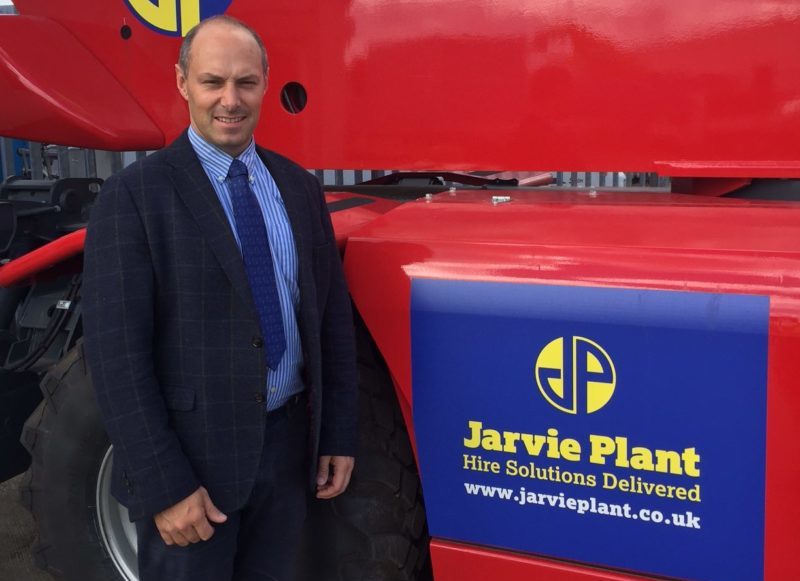 THE Prime Minister, Theresa May, invoked Article 50 of the Lisbon Treaty on 29th March and in doing so formally set in motion Britain’s exit from the European Union. In little under two year’s time the UK will cut ties with the other 28 member states and go it alone.

With Brexit talks finally underway in Brussels, there’s an extensive list of issues to resolve including; immigration, freedom of movement and, crucially, reaching a Trade Agreement with other EU states. There is a sharp focus on the impact Brexit will have on every day lives, businesses and, of course, the wider economy.

As a business leader running one of Scotland’s largest privately owned plant hire businesses, I see Brexit offering a number of opportunities which the whole industry should embrace.  When you consider our industry is worth around £4 billion to the UK economy, the role we play in supporting the construction industry cannot be undervalued. Indeed, it is estimated construction activity alone accounts for around two thirds of the plant hire market.

Recent data released by the construction intelligence experts, Barbour ABI, revealed that contract activity rebounded in June. This is encouraging considering Brexit talks have only just got underway in earnest.  The number of construction projects within the UK in June increased by 38.7% on May, and were 18.9% higher than June 2016.  Granted, much of the ‘new’ activity is in London and the South East but with major projects such as HS2 getting underway, I expect to see a flow of activity further up the UK.

I think it is unlikely HS2 will ever reach Scotland. The lack of serviceable population versus the multi-billion pound installation cost is, in my view, unsustainable. But as a business we recently invested over £1m in a Manchester depot, our first in England, which we hope will be involved in this project and other significant developments.

Where Scotland has excelled recently is in the number of large-scale transport infrastructure projects such as the Forth Crossing, M8 upgrade and M74 extension.  The dualing of the A9, A96 and the Aberdeen Western Peripheral Route are ongoing but there is little sign of them being replaced.  Whilst this should be a cause for concern for the industry, I think Brexit offers potential for more domestic contractors to successfully win contracts ahead of our European counterparts.

In recent years we have seen a Spanish and Irish joint venture awarded the M8/M74 extension and a German contractor for the Edinburgh Trams. Meanwhile, the contract for the biggest transport project in Scotland for a generation, the Forth Replacement Crossing, was handed to a US/German consortium with many of the component parts arriving from overseas. A Britain independent of Europe might result in more local contractors securing major contracts. From a plant hire perspective we will be able to develop closer relations with them – they’re on our doorstep; we know them.

With the threat of Indy Ref 2 dropping down the political agenda in Scotland, the Scottish Government can get back to focusing on the important matters in hand: economy, jobs and education. There is no question the First Minister’s efforts to force a second referendum resulted in a loss of focus on the economy and I believe Scotland has fallen behind as a result. The uncertainty generated has led to businesses in England moving their money out of the country or deciding not to invest and create jobs. A streamlining of the planning process for housing development would also be a welcome boost. We are nowhere near delivering the Scottish Government’s annual quota of 35,000 new homes but more projects in this sector could help fill the void left by the large public sector projects.

With less than 18 months until we exit the EU, the UK Government faces stiff challenges on agreeing and ensuring the free movement of labour. The plant hire industry relies heavily on the availability of skilled workers and qualified operators to service and work the machinery. It is estimated that 175,000 EU workers – making up 8% of the total workforce in the UK construction industry – could leave if the UK does not retain access to the European Single Market. With skilled workers already in short supply this could quickly become a major problem.

But the other urgent priority is entering into a satisfactory Trade Agreement. The construction market relies heavily on imported materials (one quarter of all materials used are imported) and with the UK moving out of the Single Market that’s bound to lead to rising costs. We don’t know what the trade agreement is going to look like but it might end up meaning the UK becomes more of a producer than an importer. We could end up being more self-sufficient through job creation and manufacturing our own products.

As we face up to these challenges and ponder the opportunities, the plant hire industry must be aware that our rates and margins will also come under increasing pressure. I shudder when I see rates out there which take us back 20 years. The costs of holding plant will inevitably increase so we need to see an upward curve in line with construction materials which are all increasing; plant is the same and should be trending upwards not flat or in reverse.