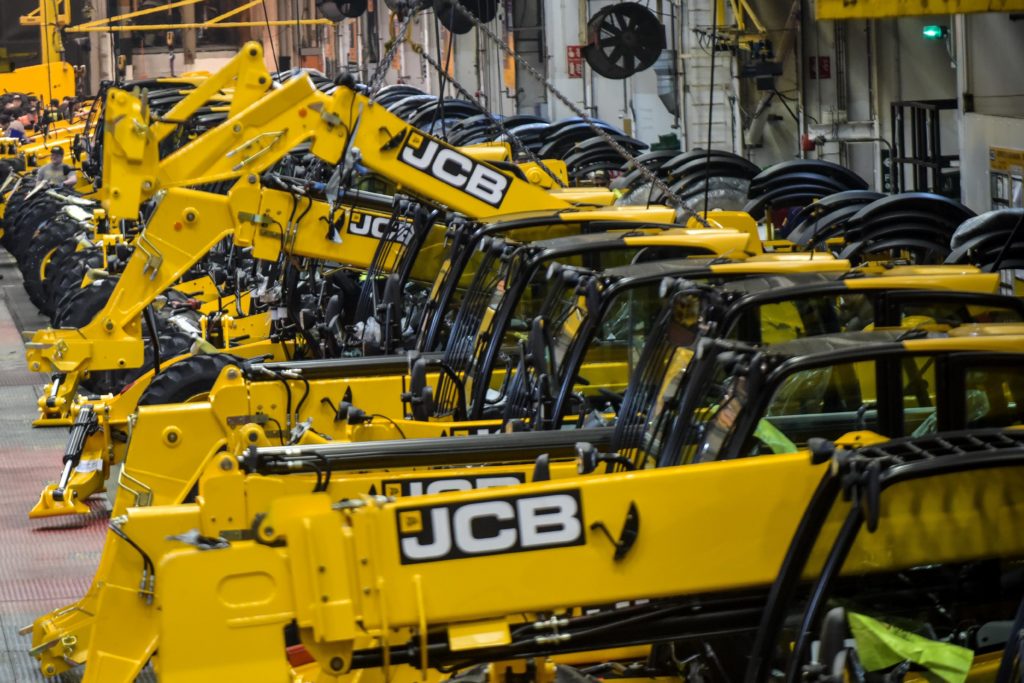 JCB has announced a 3.9% pay rise for shop floor employees, with chairman Lord Bamford stating the industry is doing “very well” at the moment.

The manufacturer said order books are at their “strongest” in the firm’s history.

The 2018 pay rise, which is linked to November’s Retail Price Index (RPI), is part of a three-year wage deal and took effect from January 1st. It follows a £500 Christmas bonus paid to JCB’s 5,500 UK employees.

JCB has recruited more than 1,200 people in the past year at its 11 UK factories and handed permanent contracts to 150 agency employees. The company has also increased its purchasing spend globally to more than £2 billion a year.

A new range of site dumpers has just gone into production in a move which will create around 70 new jobs over the next 12 months.

Lord Bamford said, “The industry in which we operate is doing very well at the moment, which is not only good news for JCB, it’s good news for our region and good news for Britain. Our spending with UK suppliers has increased substantially over the past year and we are already off to a very strong start in 2018 with a very healthy order bank in place. In my view there is every reason to be optimistic about the future and in particular the future of the British economy.

“With unemployment at its lowest level for more than 40 years, we face some challenges with recruitment but that is a great challenge to have to overcome and a very positive position for the UK to find itself in.”

The pay increase follows acceptance in 2016 by GMB members of a three-year deal. It affects around 3,200 employees at JCB’s Staffordshire plants in Rocester, Uttoxeter, Cheadle, Rugeley and its factories in Wrexham and Foston, Derbyshire.

JCB CEO Graeme Macdonald added, “The long-term pay deal agreed last year gave us the stability we needed to plan and has delivered a robust pay rise for JCB’s shop floor employees. The outlook for 2018 is positive with markets all over the world in exceptionally good shape.”

GMB works convenor Gordon Richardson said, “2017 was a good year for the company which has generated more job security for GMB members and we welcome the pay rise which was agreed as part of the three-year deal.”