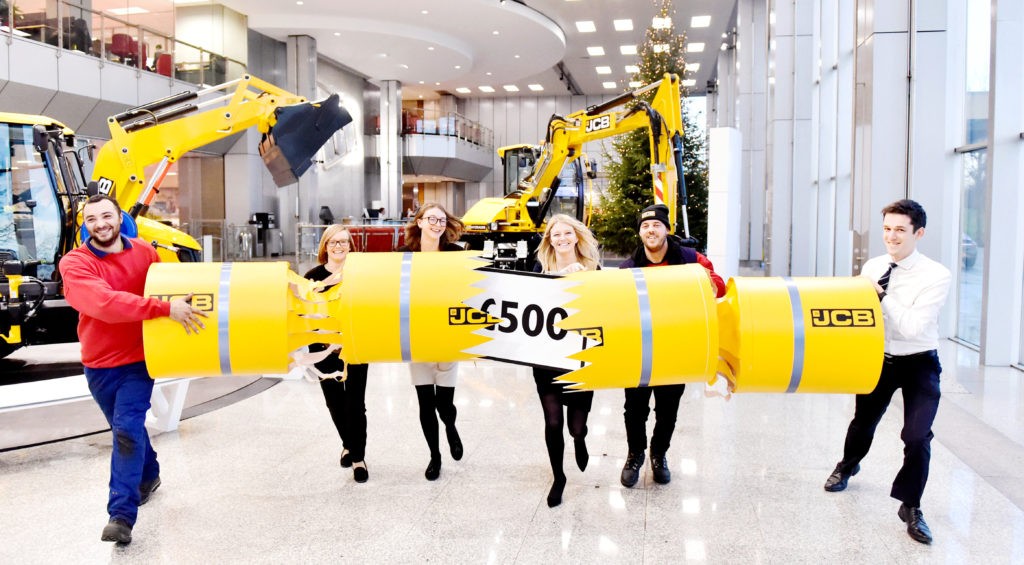 JCB has announced it is to reward its workforce with a festive bonus of £500.

The plant giant is awarding over 5,500 of its UK employees the bonus, its biggest since 2012. It comes in a year in which JCB entered a new sector with its range of powered access equipment in a bid to take a slice of a market worth $8 billion annually.

The company also celebrated the 40th anniversary of the JCB Loadall telescopic handler and marked the production of its half-millionth engine, 13 years after the first one went into production.

JCB CEO Graeme MacDonald commented, “As we entered 2017, global construction equipment markets looked fragile but as the year progressed they have rallied and strengthened in many markets around the world.

“This year has been a strong one and the whole JCB team has delivered a performance to be proud of. I’m delighted that Lord Bamford has agreed to award a Christmas bonus in 2017 as we look forward with some confidence to the year ahead.”

Account executive Olivia Grey, 24, of Barton-under-Needwood said, “It was a wonderful surprise when we received the news of the bonus by email this morning. It’s a great way to start Christmas.”

Special projects engineer Alex Skittery, 27, of Tean, near Cheadle, Staffordshire said, “I have worked at JCB for three years and I have received Christmas bonuses before. It always creates a real buzz to be thanked in this way by the company.”

Loadall assembly line operative Daniel Proctor, 27, of Uttoxeter was also celebrating the news. Daniel was one of 150 agency employees given permanent JCB contracts in the autumn.

Daniel, who has previously served as a Private in the Mercian Regiment said, “This has topped off a fantastic year for me. To be given a permanent full-time JCB contract was superb and the bonus is just the icing on the cake.”

Louise Hemmings, 26, of Haughton, near Stafford, has worked at JCB for 18 months. She said, “This is the second Christmas bonus I have received and the extra money at this time of year is really welcome. It’s great that the company rewards us in this way.”

Purchasing programme Leader Faith Kelly, 28 of Stallington, near Blythe Bridge, Stoke-on-Trent, added, “I only joined JCB in April this year so this is my first Christmas bonus so it’s a really nice surprise.”