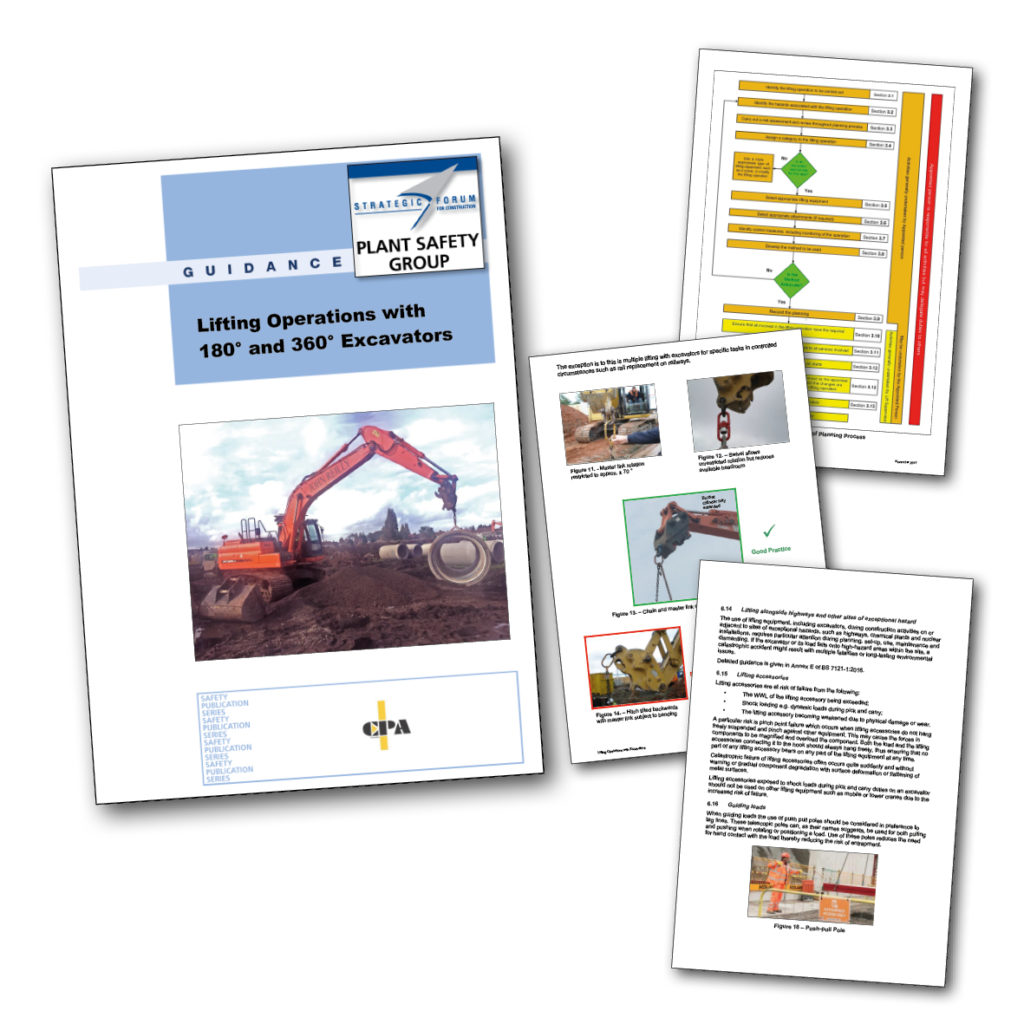 A document called ‘Lifting Operations With 180⁰ and 360⁰ Excavators’ is an update on the group’s original guidance publication which was introduced in 2008. Additions are so widespread that the guidance has increased from seven to 72 pages in recognition of the increased use of excavators in lifting procedures.

The guide sets out the precautions and procedures that should be taken into account when planning and carrying out lifting operations with tracked and wheeled excavators as well as backhoe loaders.

A number of risks are highlighted when carrying out lifting operations which are not present with conventional cranes, such as:

Chair of the Plant Safety Group, Kevin Minton, director of the CPA said, “As lifting using excavators has become much more prolific and in many cases, excavators are only lifting equipment on site, it was time for us to update and expand the guidance, highlighting and emphasising that lifting suspended loads with excavators is no different to the management and execution of the lifting of loads using a traditional crane.

“The increased guidance means that lift planners now need to think carefully about just using an excavator for the lifting operations on their site even though it may be convenient. I thank the Plant Safety Group for undertaking and completing this work and ask all those planning and executing lifting operations with excavators to follow the advice given within the guidance.”