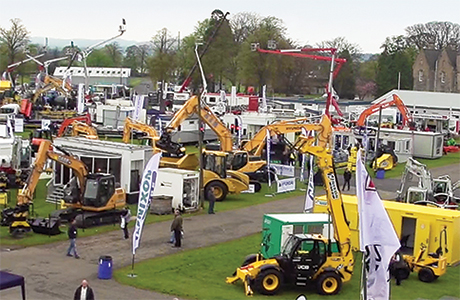 ScotPlant 2016 is on track to be the biggest event in the show’s distinguished history.

With more than four months still remaining, exhibitor numbers are significantly up on the same stage two years ago. Over 20 brand new exhibitors have already signed up, with several more currently in talks, meaning ScotPlant 2016 is on target to be a sell-out.

The event takes place at the Royal Highland Centre, Ingliston, on April 22 and 23.

ScotPlant advertising manager Mark Griston said, “Interest in the show has been incredible. The vast majority of the big names will be back again, including Case, Volvo, Liebherr and Finning. We’ll also be welcoming a number of brand new exhibitors, as well as some firms who are set to make a return to the show.

“In terms of numbers, ScotPlant peaked in 2008, before the credit crunch. The way things are going it looks like we’re getting back to pre-recession levels, which is fantastic news for the industry as a whole.

“I know from speaking to exhibitors that a number of exciting new products will be launched at ScotPlant. The event has a proud reputation as a place where deals get done and business relationships are formed.

“As regular readers of Project Plant will know, the upturn in the sector’s fortunes means many firms are currently looking to add to or replenish existing fleets. With world class equipment from all over the world on show, ScotPlant is the ideal shop window for showing off the latest and most innovative products in the marketplace.”

For more information about exhibiting at ScotPlant 2016, contact Mark Griston on 0141 567 6005 or email mark.griston@peeblesmedia.com

It's the final countdown!