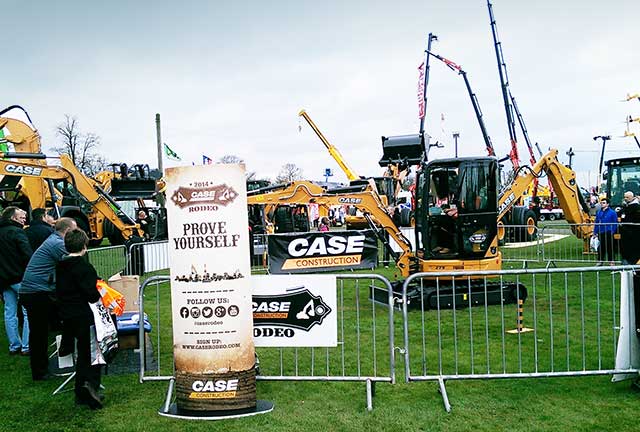 CASE hosted the first UK round of its 2014 European Rodeo Challenge at ScotPlant 2014. More than 30 participants came along to demonstrate both their skill and speed. Operating a Case CX26B mini excavator in a timed test, competitors had to drop a pin into four tubes positioned around the machine

The winner of the heat was Peter Bell, from Peter Bell HGV & Plant Ltd who are based in Maryport, Cumbria, with an impressive time of 1.03 minutes. Coming in second and third with equally respectable times, were Stewart Robb from Falkirk based Stewart Robb Plant at 1.17 minutes, and plant operator Alan Stewart, at 1.20 minutes.

The second qualifying round will be held at Hillhead exhibition which takes place in June. The top three overall times from both heats will then go through to the Grand Final at Case’s Customer Center in Paris, where they will compete against some of Europe’s best operators, in a spectacular week-end event.