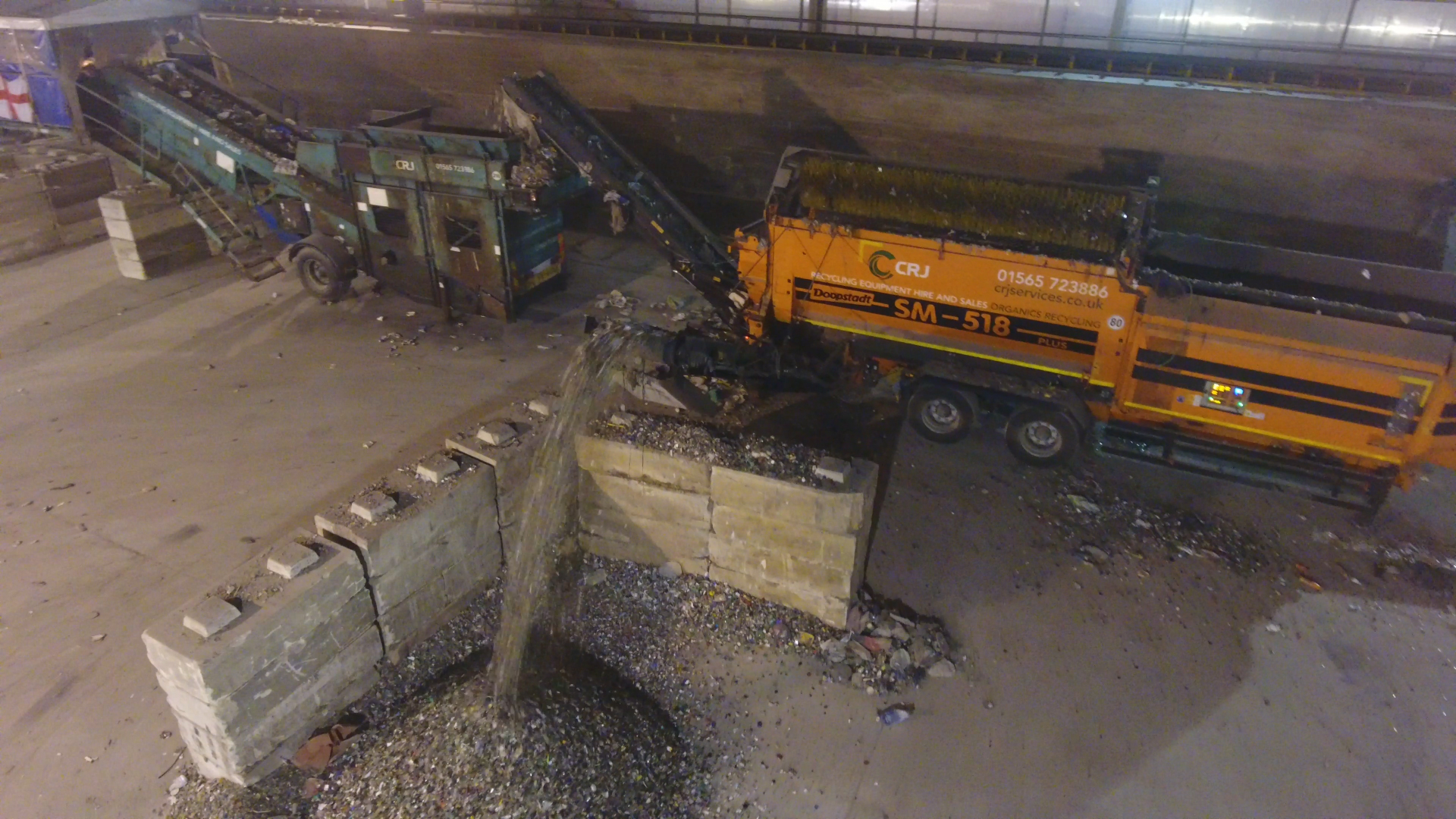 MATERIAL processing equipment solutions specialist CRJ will be at ScotPlant 2020. The firm recently divulged details of its work to help a Lancashire-based renewables business save money.

At the Farington facility, CRK said an average of 900 tonnes of comingled material (plastic, paper, card, cans and mixed glass) is processed every week. The material is processed through its material recycling facility, with around 200 tonnes being rejected/deemed unrecyclable per week.

Initially, the reject material was not reprocessed, and was sent out at a cost to a third party. In an bid to reduce costs, Lancashire Renewables needed to remove as much reclaimable material as possible.

The organisation approached CRJ for a solution. CRJ sales director Rob Symons visited the site to evaluate the waste stream and client requirements. To remove as much material as possible, a three-machine solution was proposed: a Doppstadt SM518, a Kiverco picking station and a Steelweld eddy current separator.

CRJ explained that in order to remove the fine fraction of sub 40mm, a trommel (Doppstadt SM518) was suggested. The material is mainly glass, and is bundled into a mixed grade glass product and sent out to an off taker. The oversize from the trommel is then transferred to the picking station where two operatives pick out any incompatible materials such as WEEE waste, metals and large bulky items.

An overband magnet then removes any smaller metal pieces as the remaining material leaves the picking station.

The WEEE waste and metals are collected separately and sent out to an off taker.

CRJ added that the smaller metals from the overband magnet are inspected for quality and, if good enough, transferred to be bailed. If the quality is poor, the material is reprocessed separately through the MRF, baled and sent to an off taker.

The remaining material leaving the picking station is fed directly into the Steelweld eddy current separator. The Steelweld Strobe ECS uses magnets to remove both ferrous and non-ferrous metals from the waste stream. The remaining non-metallic material is then transferred to another area where is it shredded and sent out as an RDF material.

The metals removed via the Steelweld Strobe ECS are assessed for quality, and if high enough, they will be bailed and sent out to an off taker.

CRJ said the three pieces of equipment ‘seamlessly’ integrate with each other, reducing the need for multi handling of material. By using this solution and separating out as much of the reclaimable materials as possible, Lancashire Renewables was reportedly able to reduce the amount of comingled reject waste they dispose via 3rd part processors, which subsequently reduced their costs.